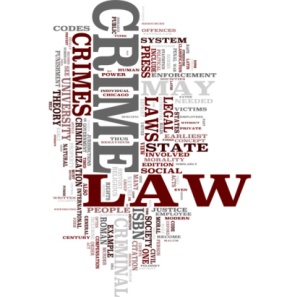 Okay guys, something that I’ve told a couple of you and that the rest of you have been in the dark about is that lately I’ve been thinking a lot about my future, particularly my employment. I’ve mentioned it many times on here that I currently only work weekends at a job I’ve had for five years. You can do the easy math and realize that I’ve been there since I was 17, so this isn’t exactly a career for me. So I’ve been thinking about my future and I sought the advice of a few bloggers who I interact with quite a bit and also just a few friends of mine. Let me tell you what I asked most of them to consider before I continue.

There were three things. The first was that I move from my current job to working at the library or a bookstore. Both jobs would pay me less than I make now, but theoretically I’d be working more hours. The second was grad school. But I wasn’t thinking CJ, I was actually thinking library science. The third choice was a job in CJ, because after all, I have that degree thing.

Now let me tell you what those few people told me. A few said that if I want to work in a library or bookstore so that I could be surrounded by books all the time, then I should do it. A couple others said that I should work in CJ because I won’t really know what I think of it until I give it a shot. And one person was like “You’d be perfect in grad school!” That might even be a quote from her text.

Suffice it to say that there was no consensus on the matter.

So that’s what I asked them to consider and those were the answers I got back. But I was planning on writing this post to ask you all what you might do in my shoes. Obviously I would weigh what you all say a bit differently from what the others said because they’re more familiar with me and what I have going on, but this week that changed.

Because someone I know told me that it was pointless to even consider part time jobs if I already have one and I’m not going back to school. But idiot me goes off and makes some really dumb remarks, even though I was only getting what I asked for. This was someone who I trust enough to ask about something as important as my job future and who was trying to help me with that decision-making process, and I just went off on some inexplicable rant for no reason whatsoever. The point that I’m making by telling you all this is that she was right.

I’m not going to sit here and say that every other person I asked about this was just telling me what they thought I wanted to hear, because I’m not in their heads. What I am saying is that if you’re going to seek out advice, then really seek out advice and the opinions of whomever you’re asking, don’t just expect them to see everything exactly as you do. Because then you turn into me and disrespect people who don’t deserve that under any circumstances ever.

I’m sure you’ve gotten this far and are wondering what the heck the point of this post is. It’s actually quite simple. Prior to these past couple of days I’d decided that I wouldn’t go to grad school and that I wouldn’t work in CJ. But that’s no longer the decision I’ve made. It only took someone to sit me down and tell me what no one else would, that there really is only one choice in the matter…work in CJ.

And if you’ve made it this far now you might be thinking that I can do whatever I want. And that’s exactly what I’m doing with this choice I’ve made. No one is here holding a gun to my head and I wouldn’t be making it if I didn’t think it was the best choice.

And some of you may now be wondering about this blog or my writing, well I’ll keep blogging forever and my writing is just not what I’m focused on right now. I’ll refer you to a post at the beginning of the year here in which I stated that my goals for 2014 were to finish the book I’m currently working on and begin the query process, finish the next book in the series, if those don’t go to plan, then work in CJ. I’m not writing two books before the end of the year and I’ll be lucky to finish the first draft of my current WIP. Sounds like it’s going according to plan, right?

That’s all I have for you today.

27 thoughts on “A Change of Plans”