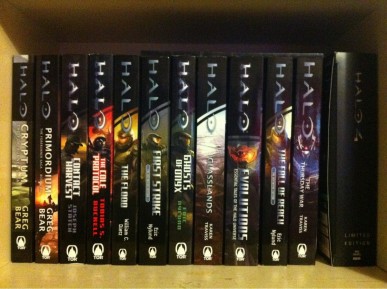 This post is partly the result of a conversation I had very recently with the rather awesome Jess. Seriously, if you aren’t following her blog then what the heck is the matter with you? Just click her name and then hit follow. Easy. I’ll even wait.

Okay. Hopefully you followed directions, but I’ll know if you didn’t. Now I suppose I might as well tell you what today’s post is actually about. Fine. The other day I randomly asked Jess which movie she would live in if she could. Her answer was eh. But then I started thinking about it and came up with Narnia. Yeah I know there are actually three movies, but how freaking cool would it be to live in Narnia? I haven’t read the books, but they’re definitely on my forever TBR list. Now I’m taking the question a bit further and thinking about the books I’d like to jump into. I’ll limit it to books I’ve actually read, so that leaves out six of the Potter books. I’m not sure I’d want to live in Panem. Maybe I’d want to jump into the life of a hotshot PI? But likely not. I’m not funny enough. Perhaps I’d want to take on the life of a homicide detective from LA or DC? Nah. Now I’m pretty much down to just two series. Halo and Gears of War. Yes the video games are great, but the books are so much better.

Both are engaged in seemingly never ending wars with some not so friendly opponents. I think if I had to pick one story to live in…..then I’d pick the Halo stories. Because there’s some really bad stuff going on throughout the entire universe, but the USMC is tough to take out. And let’s not forget, Master Chief. I’d maybe want to meet him because he’s willing to shoulder any burden thrown his way, no questions asked. I’m talking the whole of humanity here. Quite frankly, the guy is something we need more of.

Now let me ask you, if you could thrust yourself into any story you’ve read, which would it be? And don’t you dare tell me some Nicholas Sparks novel. No.

74 thoughts on “If you Could Jump Into any Story”