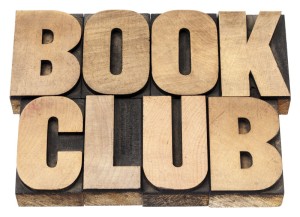 No. I will not be inviting you to join my WordPress book club. Cause there isn’t one. But I’ve read about a number of book clubs and although some may be surprised at what I’ve read, I’m not.

Before when I thought of book club, I’d think of a relatively small group of people who get together perhaps once a month to meet and discuss that month’s book. But I’m not so sure this is really happens at some book club meetings. I’ve read a few blog posts and plenty of memes about book clubs and they tell a slightly different story.

For one, the book club really functions only as their excuse to get together however often they do. And second, the book is minimally discussed. So now you might be wondering what the heck they’re doing. They just talk. About whatever. See, that’s fine and all, but why do you need a book club to do what you can via text, phone call, or over coffee? I’ve even heard that it’s how some guys pick up women because a “well read guy” is hard to find. Or maybe that means it’s women picking up men. Bahaha people are hilarious.

Anyway, I’ve never participated in a book club, though the wife of one of my co-workers supposedly wanted to read my book in her club earlier this year. I have no idea if they ever did or not because I only received a single text about it. So now I’m just wondering what your book club experience has been like? Is it strictly about the books or is there a lot of gossip going around?