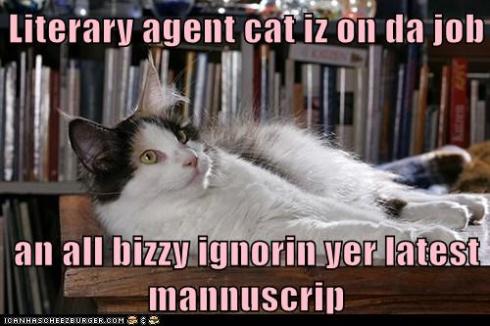 Guys, you all haven’t been given an update on my own writing in a really long time. A few months now. And I’ve led some of you to believe that I’m not writing nearly as often as I’d like and that my current WIP is going nowhere. Well, I apologize for the misleading information.

I actually finished the first draft of my manuscript all the way back in January. I know the rule of stepping away from your work and all that, but I immediately read through and jotted down notes about what I felt needed fixing. Guess how many pages of notes I had after my read through? 103! These were written in a college ruled notebook and my hand hurt just seeing how much it actually was. Again, I didn’t step away from my manuscript. I went in and worked tirelessly to fix EVERYTHING. It was like writing the stupid thing all over again. Only this time I knew the story like the back of my hand. This was right around the time of spring break.

That’s when I finally got to utilize my sizeable WordPress following for the first time. I reached out to some bloggers I thought would make for perfect beta readers and asked if they’d give my book a read. Every blogger I contacted agreed and less than a week later I had feedback from 15 bloggers. First off, the feedback was overwhelmingly positive, which made my heart happy because a few have already read my first book. But that doesn’t mean there weren’t changes to be made. One blogger, who I won’t name, gave me 38 pages of feedback! Seriously, she needs to get a life. Hahaha. But there were a few things that every reader mentioned and I fixed all of those issues immediately. Then I came to some things that one person liked and one person didn’t and one person didn’t even mention and decided to go with my gut on those.

By this time we’ve reached the last week of April and I’m extraordinarily pleased with the final draft of my second book. Time for queries. How fun. I created a list of agents who I felt were a good fit for my work and sent my initial round of queries to the first ten agents on the list. Eight rejections and one full manuscript request later….I HAVE AN AGENT! Did I cry? Yes. Did I run around my house screaming in pure excitement? Yes. Did I feel like I absolutely had to tell you all about it? Yes. Are you happy for me? Yes.

I got the email from the agent on freaking Memorial Day. I think I found a dedicated one. I’ll have a more detailed post about this whole thing either later this week or next week.

*** I’m sorry if you believed this post to be true. I’m not writing hardly at all. I’m far from completing the first draft of my manuscript. Which means no beta readers or edits or revisions or queries or agents. But at least I can laugh about it, right? If you comment your congratulations I’ll know you didn’t read the full post and I won’t like you.***

This is the first time that I’ve posted multiple posts during a single day, BUT I’ve never had greater news to report to you all! My first post this afternoon revealed that I finally received my final revised proof and it had but one single change that needed to be made. Well…it was made and I approved my final proof just minutes ago!

I was hoping to be able to complete the rest of the setup process but it turns out that there are still a couple of services that I wasn’t thinking about that still need to be taken care of before publication. I tried to find a timetable for these things but came up empty. It surely won’t be too long because even the major stuff has taken less than a week and the remaining items on the to-do-list are relatively minor.

This is it! If you’re ten percent as excited as I am then I’m not sure that you’re able to get through your work or school day. I apologize for that.