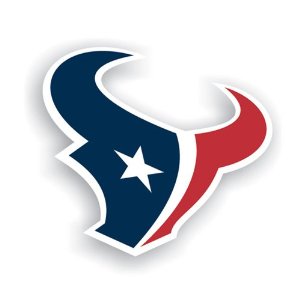 Saturday Selects is a series of posts I write the first Saturday of each month about something completely unrelated to books, writing, and all that fun stuff to give myself a chance to discuss something else of interest to me. Cause I don’t actually spend 24 hours a day thinking about books.

Today’s post, as I’m sure just about every one of you has already figured out, is about the new NFL season that just got underway on Thursday. The notion that every team is currently undefeated is true, but definitely not something any knowledgeable football fan truly believes in. You can’t.

BUT I live in Houston. And I think it’s one of those cities where everyone is pretty die hard when it comes to the Texans. For about a month now I’ve seen people everywhere in their Texans gear. And during the season it becomes and everyday thing. I’m sure this happens in most NFL cities, but the Texans have sold out every single game in franchise history. So maybe the fans here are near the top of the league? I don’t know. But with the start of a new season comes new expectations for the team from fans, players, and coaches. Typically expectations for the worst team in the league the previous season are a bit lesser than those of other teams, but let’s be real. TEXANS ARE GOING TO THE SUPER BOWL! Just kidding. I’ll seriously cry whenever that happens.

But my expectation is that they will be quite a bit better than last season. But I’m not going to define quite a bit for you. Just gotta let the season play out and see what happens. Their schedule isn’t bad, but let’s not forget that every team in the division plays basically the same schedule. The quarterback situation is still a big question and some big time players are coming off major injuries. BUT I’m confident and behind the team.

And it doesn’t hurt that we have Mr. JJ Watt on the D line.

Okay, you know a little about what I expect from my team, but what about you? Which NFL team has your heart and what do you expect this season from them?

On a side note, if you keep up with the NFL then you know that the Texans selected Jadeveon Clowney with the first pick in this year’s draft. You also know that there was some buzz in the months leading up to the draft around the possibility of drafting Johnny Manziel. I made a friendly wager with a friend of mine who is probably the only person who knows the Texans better than I do. The bet was if we draft Manziel I buy him the jersey, but if we draft Clowney he buys it for me. AND we got Clowney. AND I’m getting my jersey tomorrow! This will be my gameday attire for every game this season.

5 thoughts on “Saturday Selects: The start of a new season”